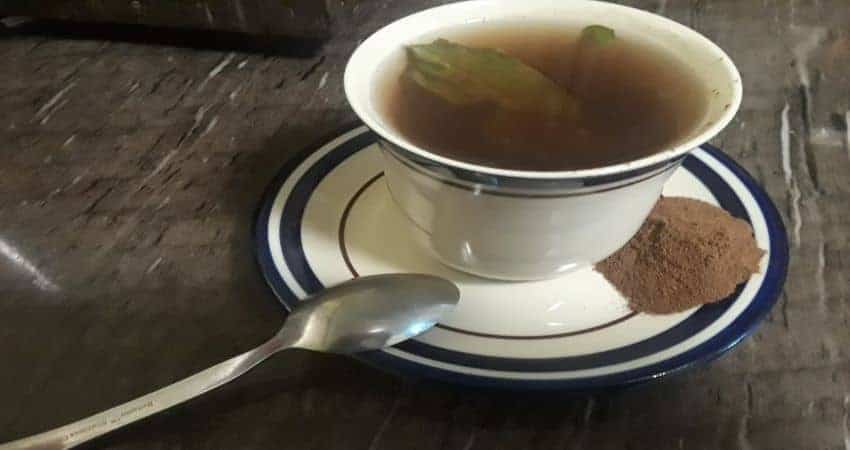 Jamaican Pimento is the name Jamaican locals use for the berries produced by the Pimenta dioica tree. These berries are also called pimento seeds on the island.

The Pimenta dioica plant is a member of the Myrtle family. Around the globe, the Jamaican pimento berries are known as Allspice berries.

Pimenta dioica is native to the Caribbean, Mexico and Central America. Spanish explorers found the plant gowing when they arrived in the region. They brought it to Europe where it is cultivated.

However, Jamaica remains the world’s major producer of Jamaican pimento

The flavor of Allspice berries has been described as a combination of cinnamon, clove and nutmeg rolled into one. There are no ingredients added to Allspice.

Hence the name Allspice was given to it by the Europeans who found it in the Caribbean.

Allspice is commonly used in cuisine in the Caribbean, European and Mediterranean cuisine.

Although the whole dried berries can be used, they do not dissolve. Therefore, it is more convenient for the berries to be ground to make Allspice powder.

However the spice is also used to flavor baked products such as cakes and pumpkin pies and other desserts. This is where using Allspice powder comes in handy.

Jamaican Pimento leaves, bark and wood are often added to the fire when making jerk products cuisine  on the island. They add a great smokey pimento flavor to jerk foods.

Allspice Essential oils is used for calming aromatherapy as well.

A number of studies have isolated the chemical makeup of the Pimenta dioica plant.  Findings suggest that allspice may offer some health benefits.

Four important compounds were identified in the plant-Ericifolin  Eugenol, Quercetin, and Gallic Acid.

These compounds offer some  beneficial health benefits. These are compounds identified in the Allspice tree.

Ericifolin – This chemical reportedly has the ability to inhibit the formation and growth of tumor cells.

Eugenol– An antiseptic and anti-inflammatory compound found mainly in cloves.

Quercetin– A chemical that is found in many foods including berries. It may be able to help control blood sugar, reduce swelling and prevent heart disease.

Ericifolin – This chemical reportedly has the ability to inhibit the formation and growth of tumor cells.

Eugenol– An antiseptic and anti-inflammatory compound found mainly in cloves.

Quercetin– A chemical that is found in many foods including berries. It may be able to help control blood sugar, reduce swelling and prevent heart disease.

Jamaican Allspice is world renowned for the unique quality of the essential oils extracted  from Allspice that grows on the Island.

And so, the essential oils may provide the following benefits:

Stress Relief-Like other essential oils, Allspice oil can deliver a calming effect. This may be especially appreciated by those of us who have a difficult time getting a good night’s sleep.

But the oil may provide general relief from anxiety.

Antiseptic-Eugenol in Pimento oil can be used as an antiseptic for treating minor cuts and wounds.

The compound is often prescribed by dentists as an antiseptic to patients following  extractions, fillings or root canals.

Antioxidants- Chemicals found in clove oil are also found in Pimento oil.  These are known antioxidants that help reduce skin inflammation such as acne.

But they are also useful for helping to maintain good heart health.

Digestive Aid- The carminative properties of allspice essential oils can be used to relieve discomfort caused by bloating and gas. It may also relieve nausea and indigestion.

What Is Allspice Tea?

Allspice refers to berries produced by the Pimenta dioica tree. Allspice tree is native to the Caribbean. The tree is known as Pimento tree in Jamaica where Allspice is cultivated for export.

What Is In Allspice?

There are no other spices in Allspice. The flavor profile of Allspice berries has been likened to a combination of cinnamon, nutmeg, clove and others. That’s why the Europeans called it Allspice.

Is Allspice The Same As Pimento?

The Jamaican name for Allspice is Pimento. Jamaicans refer to the plant as Pimento tree and Allspice berries as Pimento seeds or Pimento.

However, this should not be confused with Pimento pepper which is an actual type of pepper.

No they do not. Once dried, whole Allspice berries will not dissolve. They have to be ground. So, if whole berries are used in cooking, they will need to be removed manually.

Yes. In Jamaica the fresh leaves are used to make tea for treating indigestion. The dried leaves are crushed and rubbed on meats and poultry before cooking.

Can Allspice Make You Sick?

Allspice is generally considered to be safe. However there is no evidence that it is safe for everyone. Therefore, like any other natural product you may want to exercise caution when using it.

Allspice should never be used as medication.

Disclaimer: This website is for informational purposes only. Nothing stated here should be viewed as medical advice. Please talk to your Healthcare provider about matters relating to your health.